Put Your Hands Together for a Founding Father Named Clapp.

If anyone deserves to be considered the Father of Lakewood, it is he. 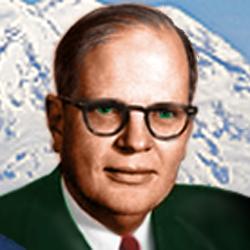 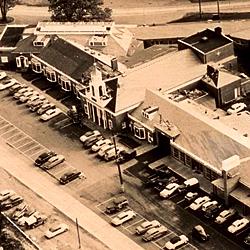 Clapp was responsible for the Lakewood Colonial Center, one of the nation's first suburban shopping centers when it opened in 1937.

Real-estate developer Norton Clapp was responsible for much of what is considered old Lakewood, such as the Lakewood Colonial Center, the Lakewood Players, and the Little Church on the Prairie.

Clapp came from a pioneer family that had helped Frederick Weyerhaeuser buy his first timberlands in Washington in 1890.

He eventually moved on from Lakewood to Tacoma, then to Seattle--where he was one of the first investors in the Space Needle. A former president of the Weyerhaeuser Corporation and of the Boy Scouts of America, Clapp also held many paid and volunteer roles, the kind of civic service that led to a Seattle group naming him that city's top citizen in 1970.