Get Schooled in Lakewood History With Iva Alice Mann 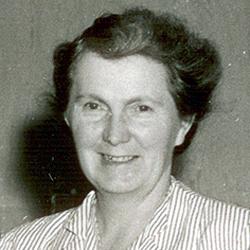 Iva Alice Mann almost singlehandedly founded the Clover Park School District in 1928.  She brought five antagonistic rural schools together via tea parties and courtesy.  When a high school proved beyond the new district's means, she lobbied the state legislature for a union junior high school district, the first in the state.  She continued to fight for bond issues and worked for Clover Park her entire career.

When she was asked to name the new district, she told of early pioneers here "where the creek would overflow and keep the ground green with clover under the big fir trees, [who] were so delighted with this beautiful green spot after the months crossing the U.S. in covered wagons that they called the district Clover Park."  And so the district was named.

For more on her philosophy of public service and the necessity for excellent schools, click on the link to her article, "Schools", below.